In its infancy, The Remnant Trust thought the topics of Liberty and Dignity would be a narrow area of focus, however, we soon learned it was much broader and encompassed many more works than we ever thought possible.

The Remnant Trust expanded the collection within the topics of Liberty and Dignity and found several different genres that fit with both topics. We have welcomed works with the topics of Liberty and Dignity from the genres of Philosophy, Economics, Politics, Mathematics and Science, and Religion.  The Collection is comprised of over 1,600 manuscripts, books, pamphlets, and related documents. It includes the writings of such seminal thinkers as Isaac Newton, Thomas Aquinas, Galileo, Thomas Paine, Fredrick Douglass, Andrew Carnegie, John Locke, St. Augustine, Euclid, Mary Wollstonecraft, Chaucer and many, many more. Furthermore, documents such as The Declaration of Independence, The Constitution of The United States of America, Magna Carta, and The Federalist Papers are also included in the collection. 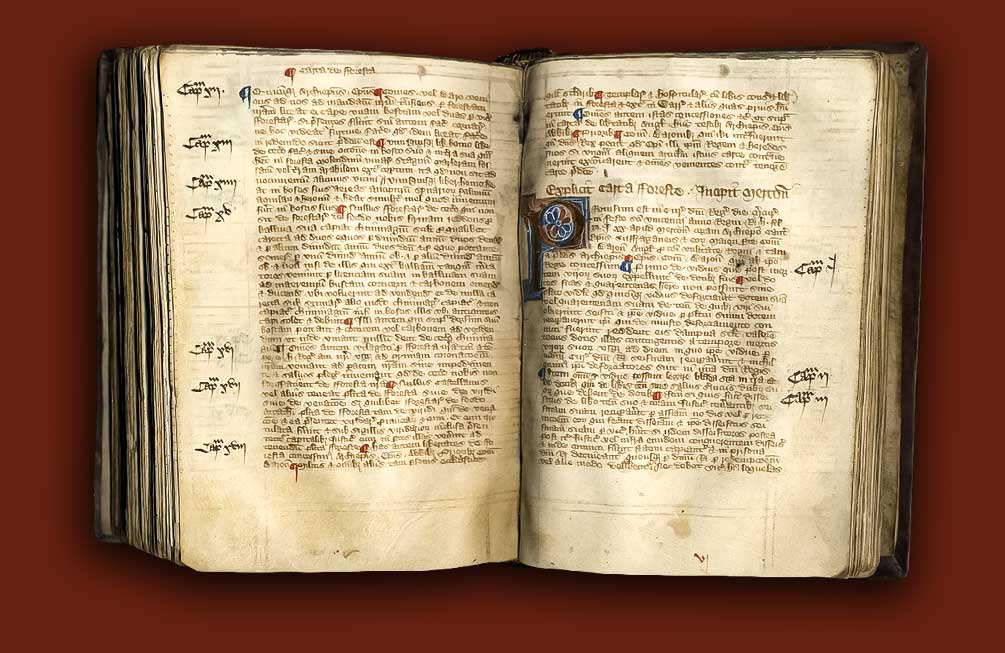 In our holdings, we have over 1,600 manuscripts, 1st editions, early works dealing with the topics of individual liberty and human dignity.

New works are added to the collection on an ongoing basis and The Wisdom of the Ages Athenaeum Catalog is updated regularly. The catalog is alphabetical by author.

The Wisdom of the Ages Athenaeum Catalog 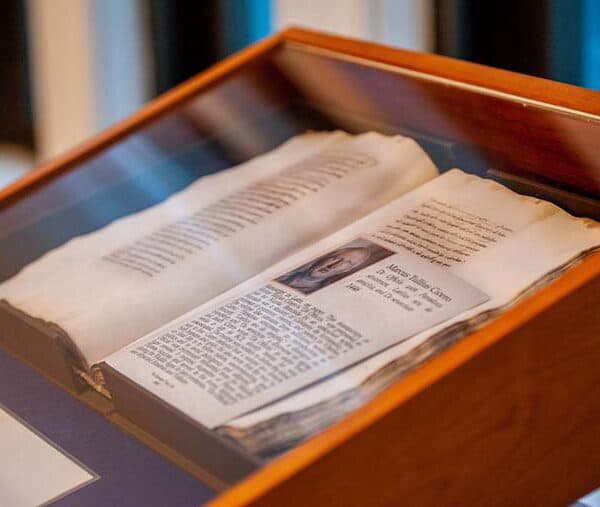 Our collection is composed of renowned works that are recognized around the world.

Many of these works have had a profound effect on the world and how we think today. 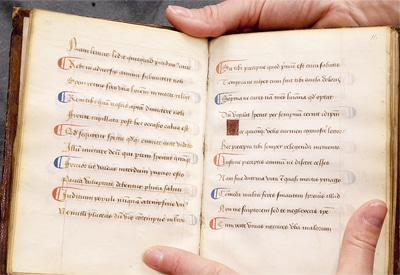 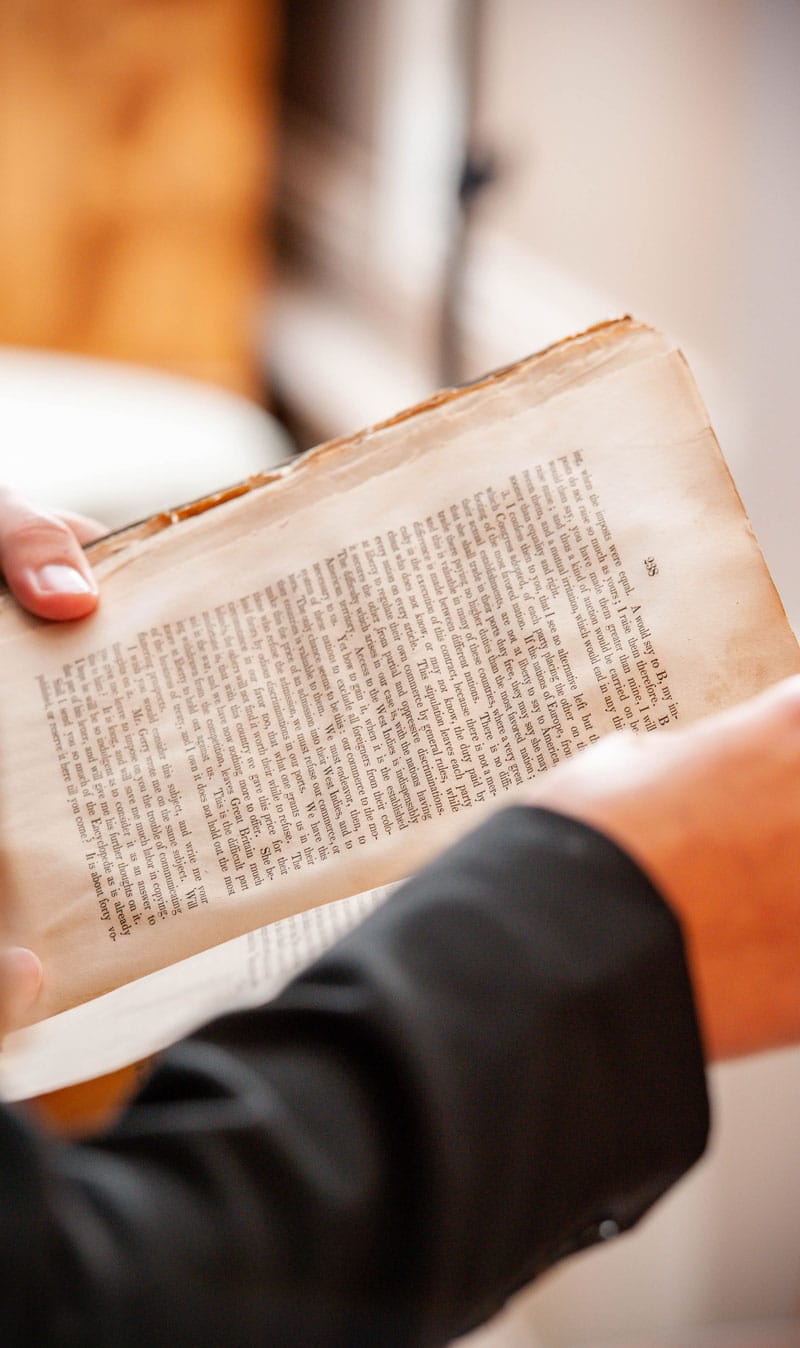 Before the arrival of printing, all documents and books were manuscripts.

The Remnant Trust has several manuscripts and manuscript leaves in the collection, including those that are illuminated and rubricated dating as early as 1250. Below are some manuscripts that are in our collection:

Boethius’s best known work is the Consolation of Philosophy (De consolatione philosophiae), which he wrote most likely while in exile under house arrest or in prison while awaiting his execution, but his lifelong project was a deliberate attempt to preserve ancient classical knowledge, particularly philosophy.
This work represented an imaginary dialogue between himself and philosophy, with philosophy being personified by a woman. The book argues that despite the apparent inequality of the world, there is, in Platonic fashion, a higher power and everything else is secondary to that divine Providence. #0681

Humanist manuscript compilation of three short treaties on the virtues of the ascetics life by St. John Chrysostom, transcribed into Latin in northern Italy and pre-dating the printed editions. The author of the translation is unknown. #0811

This rubricated manuscript in the Latin translation of Leonardo Bruni, the first Florentine scholar to use the word “studia humanitatis” as a term for literary studies was used in grammar schools.
This couples with the large number of interlinear and marginal notations are evidence that the text was not only transmitted among the intellectual elites.  Originally written in Greek and based on lectures Aristotle gave in Athens in the fourth century B.C., concerns the end to which human behavior should be directed.  For a person to be happy, he says, they must not simply pursue pleasure, but to do well those things which are distinctly human, namely the exercise of intellectual abilities.  But, as he also explains, virtue is not solely intellectual, and mankind has a moral aspect as well. #0672

Illuminated Manuscript on Parchment, in Latin. Written in the humanist style in Padua, Italy circa 1476, this volume contains Marcus Tullius Cicero’s “Verrine Orations,” a series of speeches Cicero made in 70 B.C. The speeches were made during the trial of Gaius Verres, the former governor of Sicily, who was on trial for corruption and extortion. Only Cicero spoke during the trial, despite other planned orators. Verres’ lawyer, Hortensius, advised him to plead no contest and go into voluntary exile after hearing Cicero’s speeches. By the end of 70 B.C., Verres was living in exile, while Cicero was thrust into public view and considered to be the greatest orator in Rome. The trial also placed Cicero’s political career on the fast track and was elected to the Aedile in 69 B.C., an office of the Roman Republic that regulated public festivals, maintenance of public buildings, and had powers to enforce public order. Considered to be the master of Latin prose, Cicero is credited with transforming Latin into a versatile literary medium and influencing several philosophers including Desiderius Erasmus, Martin Luther, and John Locke. #0755

Below digitized works available via the Rare Book Room: