Second Edition of the complete essays of Bacon, his most popular and important literary work. First published in 1625, it contains 58 essays on a variety of subjects.

Violently opposed to speculative philosophies and the syllogistic quibbling of the Schoolmen, Bacon argues that the only knowledge of importance to man was empirically rooted in the natural world and that this knowledge should be amassed and studied in a judicious, systematic fashion.  For Bacon, a clear system of scientific inquiry would assure man’s mastery over the natural world.  He deplored generalizations that might obscure the exceptions to every rule and vigorously sought the negative for every positive, in order to bring both into a unified system of thought.  In these respects, his ideas anticipated aspects of utilitarianism, particularly in the work of John Stuart Mill.

TITLE: The Essayes or Counsels, Civill and Morall by Francis Bacon, english philosopher, statesman, and essayist. 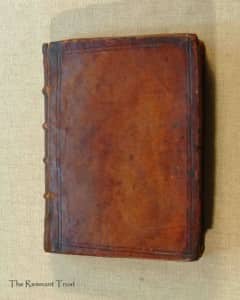 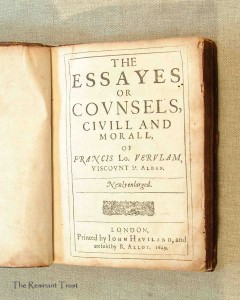