First published in 1855, ‘My Bondage and My Freedom’ is an autobiographical slave narrative written by Frederick Douglass.

It is the second of three autobiographies written by Douglass, and is mainly an expansion of his first, ‘Narrative of the Life of Frederick Douglass’, discussing in greater detail his transition from bondage to liberty. After a two-year stay in Great Britain, where he earned enough money to buy his freedom, he founded ‘The North Star’, a newspaper he published for seventeen years, advocating the use of black troops during the Civil War and civil rights for freedmen.

TITLE: My Bondage & My Freedom by Frederick Douglass 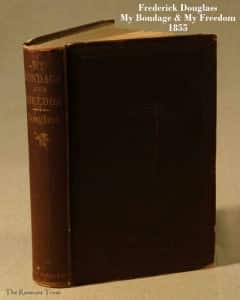 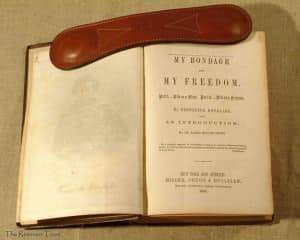