English philosopher and proponent of deism.  His writings gather together the results of previous English Freethinkers.

The imperturbable courtesy of his style is in striking contrast to the violence of his opponents; and, in spite of his unorthodoxy, he was not an atheist or even an agnostic.  In his Discourse of Free Thinking he states, “Ignorance is the foundation of atheism, and freethinking the cure of it.”  In this Discourse he contends that freethinking is a right that cannot and must not be limited, for it is the only means of attaining to knowledge of truth, it essentially contributes to the well-being of society, and is not only permitted but enjoined by the Bible.

In fact, the first introduction of Christianity and the success of all missionary enterprise involve freethinking on the part of those converted. 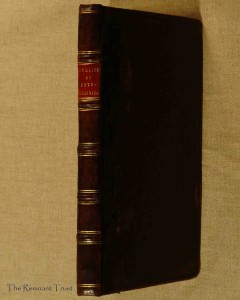 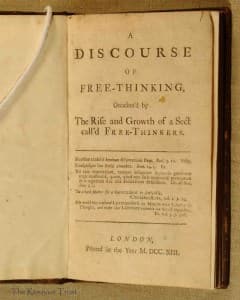