First American Edition. The classic economic study which was to change the face of twentieth century politics and geography for nearly 75 years.

One must bear in mind, that though the “Cold War” may be over, the concept and practice of Marxism is still very much alive in China and portions of Latin America, not to mention the use of “Marxian” concepts in various economic structures throughout the world.  Marx’s monumental work, begun in 1867, was actually left unfinished and was “edited” and completed by Frederick Engels for publication. 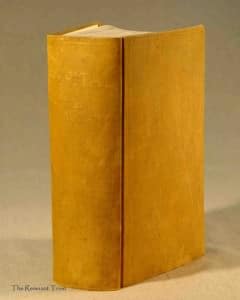 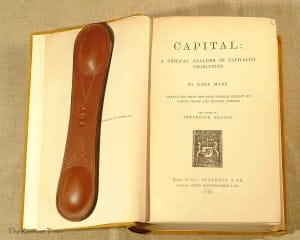