First Edition. “The Wealth of Nations” is known as one of the world’s first and greatest classics on modern economics. Its foundation was constructed from Smith’s “The Theory of Moral Sentiments” and it was a culmination of seventeen years of notes and observations. Its publication was such a success that its first edition sold out in six months and was followed by five editions that were published in Smith’s lifetime (1776, 1778, 1784, 1786, and 1789).

The work reflected on the economics at the beginning of the Industrial Revolution and touched upon topics such as the division of labor, productivity, and free markets. The work contains many specific references to America and its trade before the Revolution, creating a convincing argument against the mercantile system.

The theme that persists throughout the work is the concept that the economic system is automatic and, if allowed to have ample freedom, it will be able to regulate itself. This ability to self-regulate is threatened by monopolies, tax preferences, lobbying groups, and others who have been extended “privileges” at the expense of others.

TITLE: An Inquiry into the Nature and Causes of the Wealth of Nations by Adam Smith 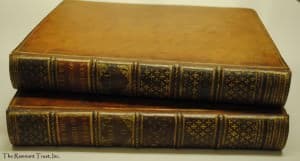 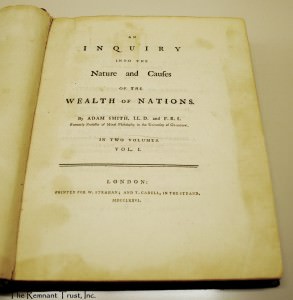 Oration on the Dignity of Man by Giovanni Pico della Mirandola